Many of us have self-hatred embedded deep in our cells. This is not because we’re unlovable, but it is for a very good reason.

We’ve been abusing ourselves. We’ve been prostituting to achieve results for value systems other than our own.

In a prostitution exchange, the masculine controls and transfers hatred of the feminine while the feminine bears the emotional burden in exchange for resources. This is the erosion of worthiness.

We often experience this dynamic internally when our mind wants to “do” something before our heart is ready.

Don’t Just do it.
(Nike is Not an Abundance Teacher.)

It all depends on where in the body the “Just” is coming from.

My mother made this major sacrifice for me. Nearly my whole life she has been prostituting her energy. Its supposed to appear selfless, but it’s deceptive and actually very selfish. It’s unconsciously designed to create a sphere of guilt. I’ve always wanted to feel gratitude but I was too busy being angry about this ever-present guilt.

When she became a single mom – I was 6 and my sister was 3 – she went to work full time, and 30 years later she’s still at it today.

Up at 5am every morning with very few days off. She literally sacrificed 30 years of her life to be at what I consider to be a near meaningless job. It’s like spending 30 years in prison.

With such emptiness, sometimes I think to myself, “was my mom’s purpose on Earth really just to create my sister and I?”

There are a lot of hard-working, single moms out there who give up on their hopes and dreams in favor of supporting their children.

One day I was notified that without asking me she had refinanced her house to pay off a large chunk of my college student loans. I was pissed…trading a financial.debt for an emotional debt…prostitution brings us ever closer into the belly of the beast. Prison disguises itself as freedom.

Get that high paying job! Get that hot babe! Get that cute pet! And don’t consider the emotional impact of the responsibilities that come along with it! Because it’s “just” emotion, “just” your internal guidance system saying NO absolutely hell to the NO this is NOT my ultimate purpose on Earth.

Prostitution shows up in so many ways.

Am I prioritizing my partner’s pleasure over my own pleasure in the bedroom?

Am I doing the dishes from a place of “I just want to get this over with”?

Am I overeating and prostituting my digestive tract?

Am I saying yes to client work that doesn’t truly resonate?

Am I saying no to my dream life because “it would make me selfish”?

When my lady first suggested we live in Bali…alarm bells went off for me. They said, “that’s where people go to escape real life”. “It’s ungrounded”. “It’s just a distraction from my real work”.

I sat with that for a while. This same voice believes I need to live in the ghetto and constantly be focusing on hungry children if I have any chance of resembling a good person one bit. I should be suffering like everybody else. It’s not fair. I should be strong enough to be the light while living in an awful place. And this one is clever…”it’s easier to be a big fish in a small pond because I’ll be more appreciated.”

There are tons of healers and peers in Bali…I could see the abundance opportunity of community, or I could see the scarcity of competition. Both are available realities. What freedom.

My friend (and one of my many teachers) Amoraea recently moved to Bali. I see now that in doing so that by living in paradise he actually provides permission to others to do the same. I am now too accepting my own Birthright of environmental abundance.

Neediness and self-righteousness both arise out of prostitution programming. If we are not prioritizing our own emotional needs we require others to do it for us and thus we opt in to co-dependence. If we believe that sacrificing ourselves is the “right” way, our righteousness motivates us to encourage others along the same path. Those who fall into that trap will then become codependent alongside us and others will be repelled.

And all along we question “Where is my abundance if I’m so willing to do the work??”

The real work, my love, is in allowing the heart to feel itself. To be the field of forgiveness NOW. To recognize self-destructive patterns NOW. To make choices that actually feel delicious NOW.

Within the body lies a stuck emotion. This (often unconscious) guilt then causes a chain reaction of reasoning… faulty logic… which tells us which decisions to make. We now get to ask not just “what do I desire” but we get to go deeper…. WHY do I desire? Where in my body is it coming from?

Sri Aurobindo says “What men call knowledge, is the reasoned acceptance of false appearances. Wisdom looks behind the veil and sees.”

…And also ” If God draw me towards Heaven, then, even if His other hand strive to keep me in Hell, yet I must struggle upward.”

The body is the experiencer…learning to value our own experience is adulting.

Here in service to the collective awakening… 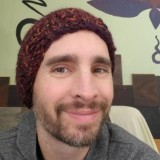